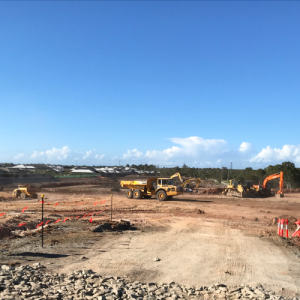 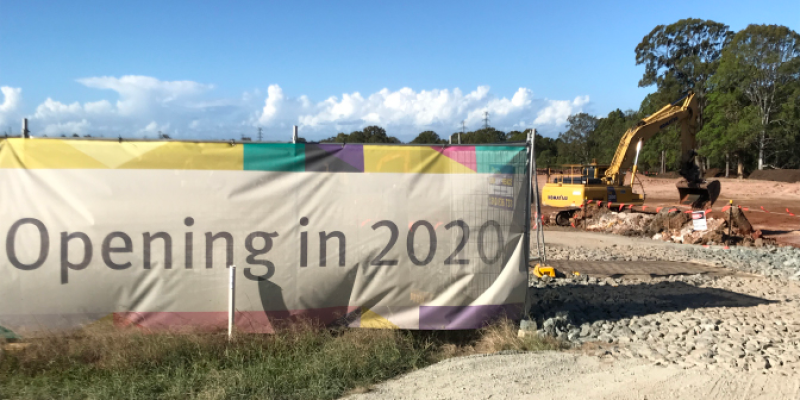 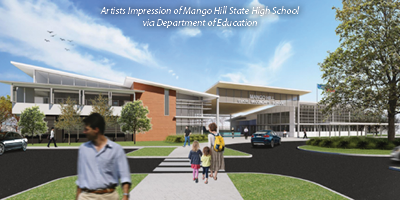 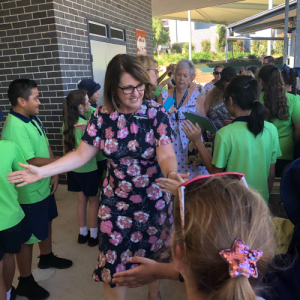 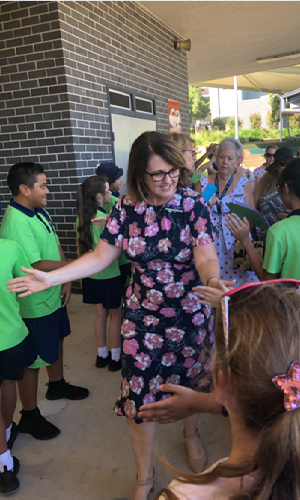 After eight years as Principal at Mango Hill State School, Tracy Egan has stepped down.

A Guard of Honour was held by teachers and students as a tribute for her as she walked out of the school on Friday 5th April.

Tracy was appointed as Foundation Principal for Mango Hill State School, which opened in 2012 with 244 enrolled students. Today there are approximately 1240 students enrolled, as well as over 140 staff members.

Tracy oversaw many fantastic achievements, including:

– State Finalist in the 2017 Showcase Awards for Excellence in School National Wakakirri winners for 2018.

– Eight new building projects throughout the years including the Prep/Year 1 and Senior class double storey buildings and the Dock (Support Services). There were many other smaller building projects, such as the multipurpose court and most recently the shade structure over the Piazza.

– A new school bus route to cater for the growing number of students in the catchment.

– Outstanding academic results and one of the top performing state schools in the region.

“I would like to take the opportunity to thank you for your kind words, emails, cards, gifts and kindness over this period and particularly with the guard of honour. I am truly overwhelmed and feel so blessed to have had the privilege of opening and leading our school community. I will miss the children enormously and look forward to popping in from time to time to see them all”, Tracy said.