On Wednesday, 19th February, Laurence Christie and Keith King of the Mango Hill Progress Association, met with Fire & Emergency Services Minister Craig Crawford and senior planning officers of the Emergency Services Department in Brisbane to push for a Fire Station to be built in Mango Hill/North Lakes. 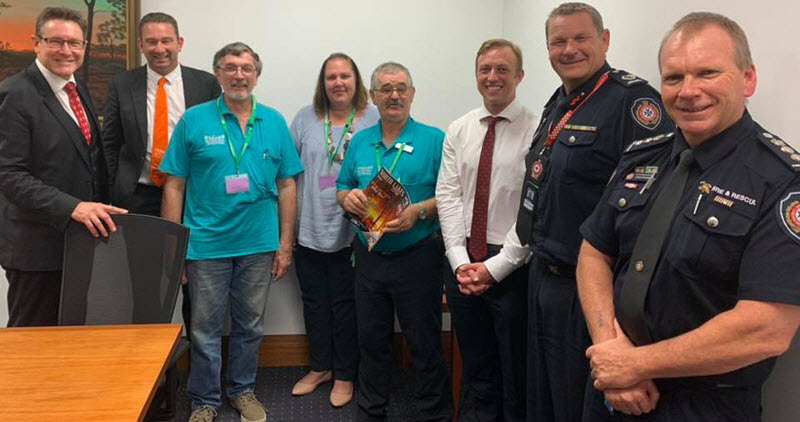 The specific aim was to convince the Minister to put aside land now for a future Fire Station while that land was still available.

Emergency Dept Planners advised the Association that the Mango Hill and North Lakes communities are serviced by a ring of Fire Stations at Petrie, Redcliffe and Bracken Ridge with an Auxiliary Station at Deception Bay. 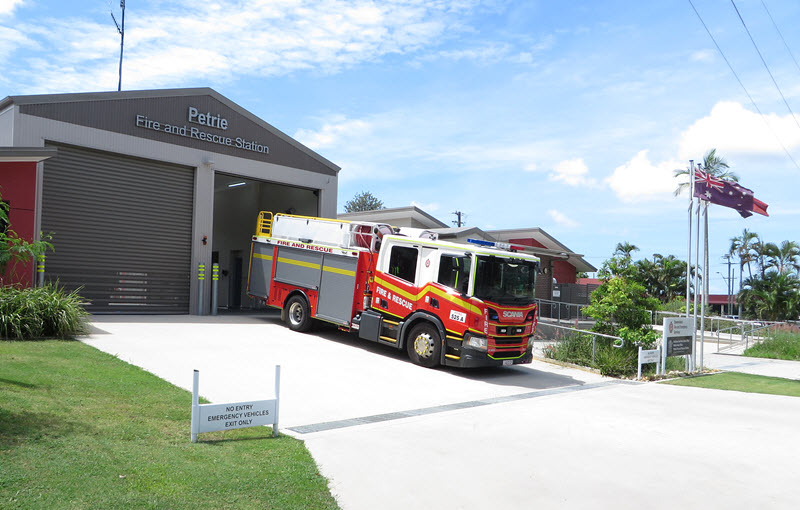 Minister Crawford was appraised of the many years of concerns of the Association that despite the existing Fire Stations, in two recent fires in North Lakes (2016) and Mango Hill (Oct 2019), fire appliances had arrived within the bare minimum set time for arrival (15 minutes). In both cases, the houses had been almost totally destroyed.

The following points were raised by the Association at the

• The Mango Hill / North Lakes population has grown rapidly from 9068 in 2006 to 30,105 at the 2016 Census with a projected population of 70,000 by 2036).
• Along with the increasing density of houses, traffic congestion on our highways, the Mango Hill Progress Association considers that the need for a local Fire station is now essential and should be considered for inclusion in forward planning capital works programs for new Fire Stations.
• The Emergency Services Department should purchase a site for the Station while land is available.

At our AGM, later that night, Chris Whiting advised members that he considered that the “seed had been planted” and that he was confident that the case put forward by the association was a solid one which he would continue to push for within State Government.

The Mango Hill Progress Association will continue to advocate for a Fire Station in Mango Hill/North Lakes and thanks our local State members, Chris Whiting (Bancroft) & Steven Miles (Murrumba) for organizing the meeting with Minister Crawford.