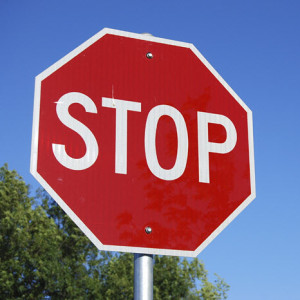 School’s back and Mango Hill Boulevard is set to open – but will things run smoothly?

Residents of Mango Hill are concerned that an intersection just metres from the school is an accident waiting to happen with vehicles regularly ignoring the stop sign.

The Big Local team spent 20 minutes at the intersection today, witnessing every vehicle breaking the law by either not stopping or stopping past the marked line, raising the question, is the intersection able to cope with an increased volume of traffic safely? Have your say on the Facebook Page.

Many residents believe that the line-marking for the intersection is placed too far back on Bonnet Parade to allow motorists a clear view to proceed, resulting in motorists edging into the intersection to see if they have clear passage.

Failing to stop at a stop line at an intersection without traffic lights will land you a $330 fine and the loss of 3 demerit points. Source – Demerit points schedule.

Council have been tagged in our Facebook post and are being made aware of the problem. We will keep you up to date on any action taken.

Mango Hill Boulevard Bridge due to open in just a few days time! 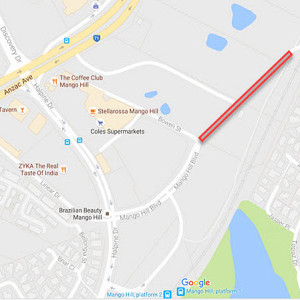 It’s the announcement we’ve all been waiting for!

The new Mango Hill Boulevard will be open for public use on Monday, the 23rd of January 2017, to coincide with the start of school, so long as weather permits.

Division Four Councillor Julie Greer said the new bridge would provide an important link from the eastern side of the new rail line to the west, connecting Mango Hill with the emerging Capestone community.

“This will not only cut travel time for people who live in the local area, but will also help to reduce traffic on Anzac Avenue, which will benefit thousands of motorists throughout the region from Petrie all the way to the Peninsula.”

“New access paths to the shared pathway along the Redcliffe Peninsula Line will also be opened up, providing safer transit through the Mango Hill area for cyclists and pedestrians, including students accessing schools along the rail corridor.” 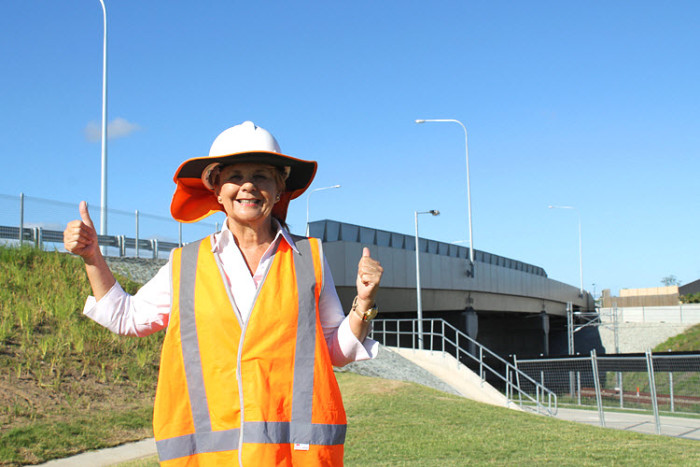 “I am so pleased this project has been delivered before the start of the 2017 school year.”

“It will also now be much easier for people living on the eastern side of the railway line to get to the wonderful new shopping precinct at North Lakes and will cut down their travel time to Westfield, Ikea and Costco.” 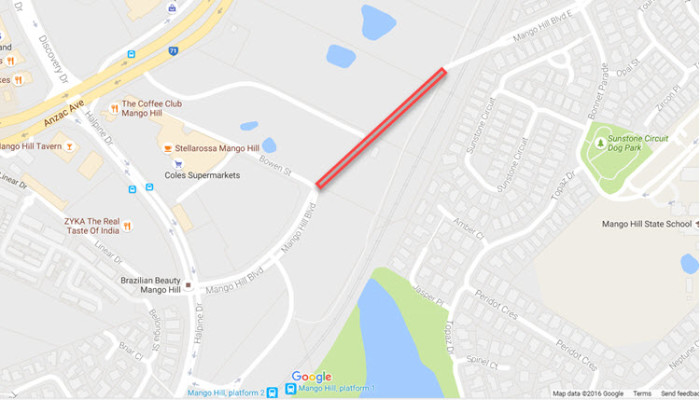 Image sourced from Google, the red line drawn in is a representation of the new portion of the road due to open.

The Mango Hill Boulevard Bridge is one of five major road bridges delivered through funding provided by Moreton Bay Regional Council, which contributed $105 million to the project as a partner in the Redcliffe Peninsula Line. The recently opened Capestone Boulevard Bridge was also delivered as part of the project.