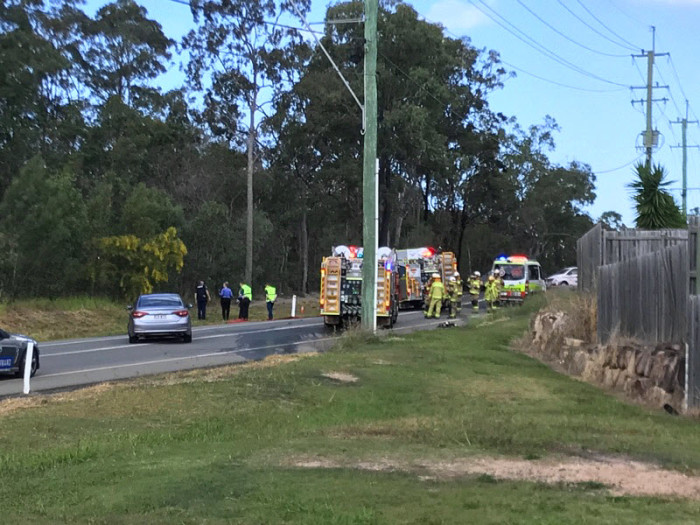 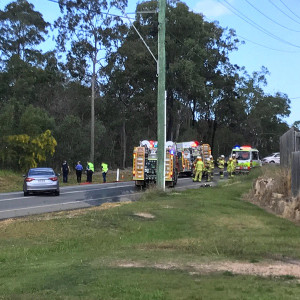 The Forensic Crash Unit is investigating a fatal traffic crash that claimed the life of a woman at Mango Hill this afternoon.

Preliminary information suggests around 1.00pm the 36-year-old woman was travelling along Kinsellas Road East when the she lost control of the vehicle, causing it to roll before bursting into flames.

She was declared deceased at the scene.

Anyone who may have witnessed the crash or who may have dash cam footage of the incident is urged to contact Policelink or Crimestoppers.

Lack of Respect for ART 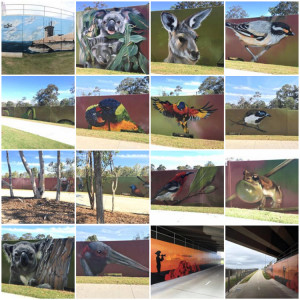 The stunning wildlife artwork created by David Houghton Art along the Redcliffe Peninsula rail line shared pathway has been one of the latest victims of graffiti artists. 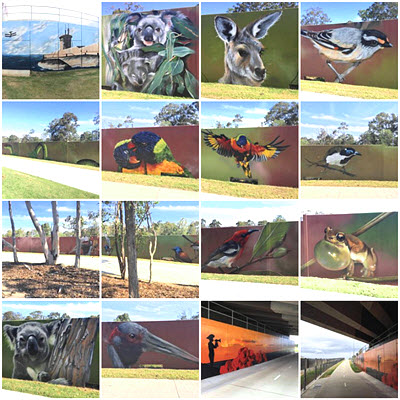 The iconic murals were painted so that local residents could appreciate their aesthetic appeal on the shared pathway but also as a deterrent for vandalism.

The graffiti is not only an eyesore, as graffiti normally is but it also distracted from the underlying art, much to the dismay of local residents.

Division 4 Councillor Julie Greer said it was extremely disappointing to see the shared path murals defaced by graffiti and that council took a zero tolerance approach to graffiti in public spaces.

“Council crews were quick to action and have since removed the graffiti,” Cr Greer said.

“If you see graffiti along the shared pathway and in other publics spaces, I encourage you to report it to council as soon as possible for maintenance crews to action.”

Council officers captured images of the graffiti and tags before removing them to assist police in identifying known tags. 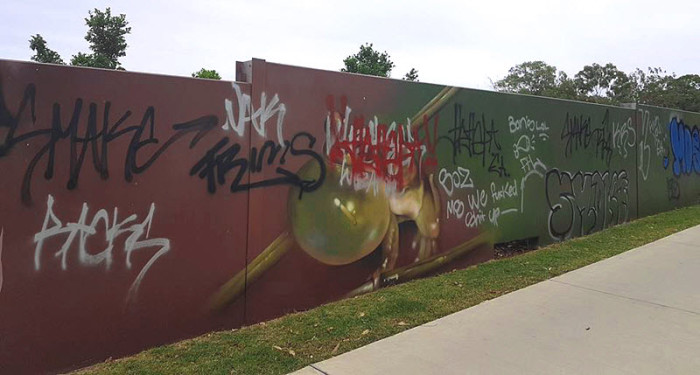 You can report graffiti in public spaces via the MBRCRequest app available to download for free on the App Store and Google Play, council’s website (www.moretonbay.qld.gov.au) or by calling 3205 0555.

Chris Whiting MP for Murrumba has said that the bus routes, 681 and 682 (North Lakes to Mango Hill AM & PM) will now be stopping along Capestone Boulevard, beginning on Monday 10 July 2017.

“Capestone residents will benefit from access to Mango Hill Station, and additional travel options to Brisbane.

The route changes are scheduled to take effect from the start of term 3 on Monday 10 July.

TransLink, in conjunction with its bus operator Hornibrook Bus Lines, will notify the affected schools of these changes.