Sadly, just 7 years after the 2015 “Rainbomb” which delivered 340mm in just 4 hours to Mango Hill and Brisbane, Mother Nature was at it again on Sunday following 2 days of increasing rain periods. 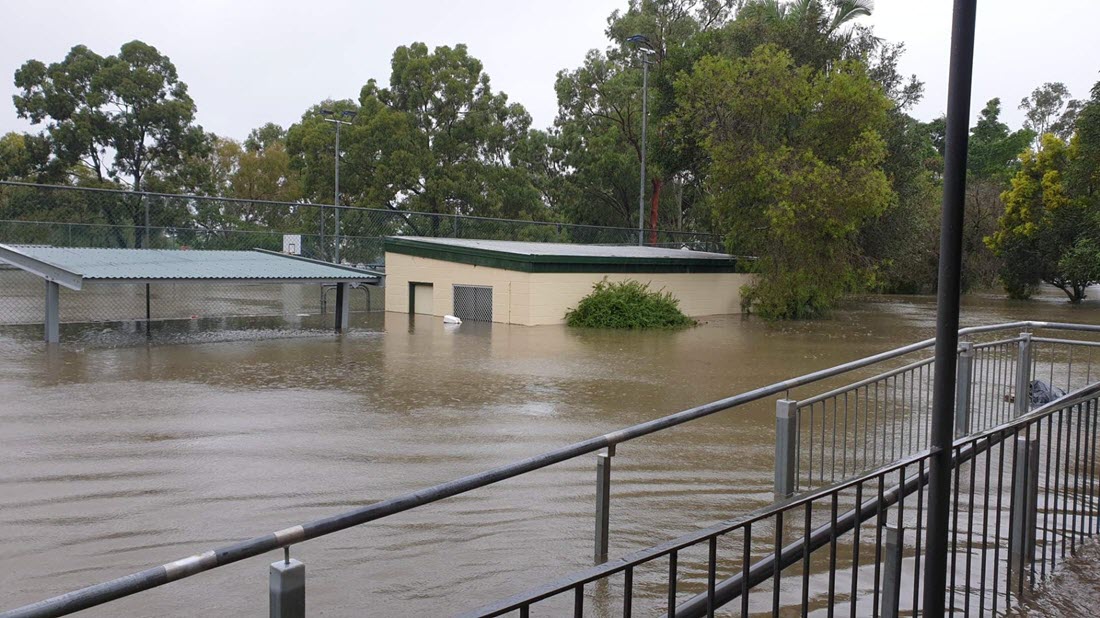 Around midday on Sunday, it appeared we had “dodge the worst” as radar showed Caloundra with Sunshine and the north east appeard lighter. But that was a false hope as further storms generated from Tewantin down and the rain pelted down as the Premier announced a “rain train” had moved in a southerly flow.

By 4.00pm Mary St and Rose Streets and then John St had risen to heights 150mm above 2015 and it was sad to see many residences inundated. 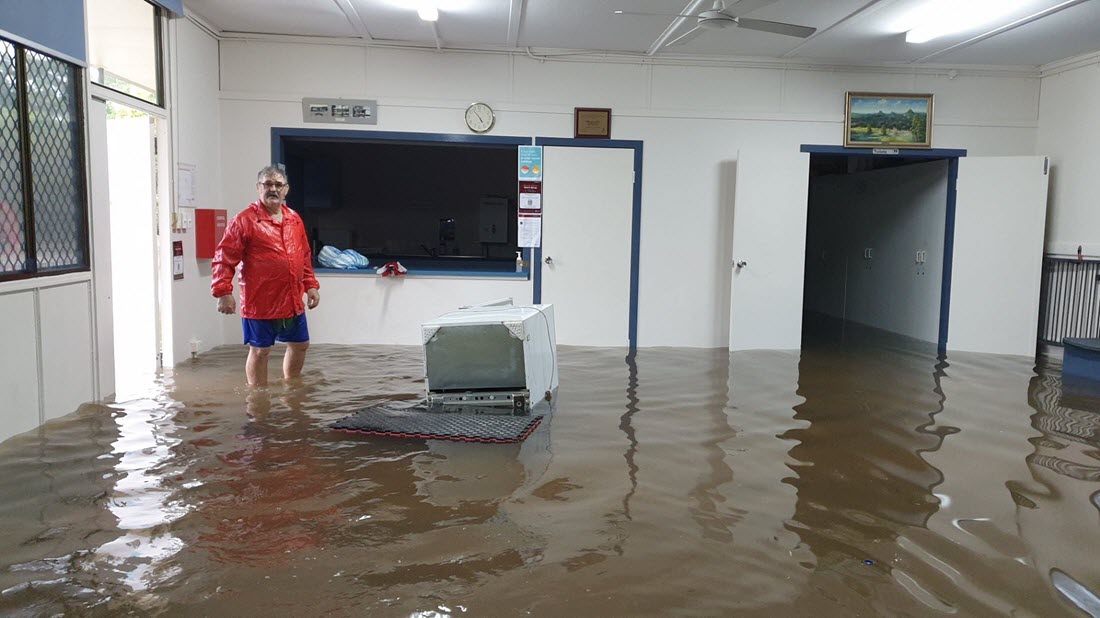 The local community hall went under by 300mm and the Tennis and Basketeball Courts are MUD.

If it were not for many friends and neighbours helping out, it would have been worse for many. Some took neighbours to their homes, others helped clear cars from certain flooding.

A special shout out goes to Mich Pyne of Rose Street who used his tilt truck to pluck several cars from certain flooding in the street.

The Progress Association has made reports to Council and even at 11.27pm on Sunday night, Councillor Jodie Shipway was responding to our requests for assistance. Jodie has since advised that Council will be providing assistance as soon as possible given the Region wide flooding reports “flooding in”. 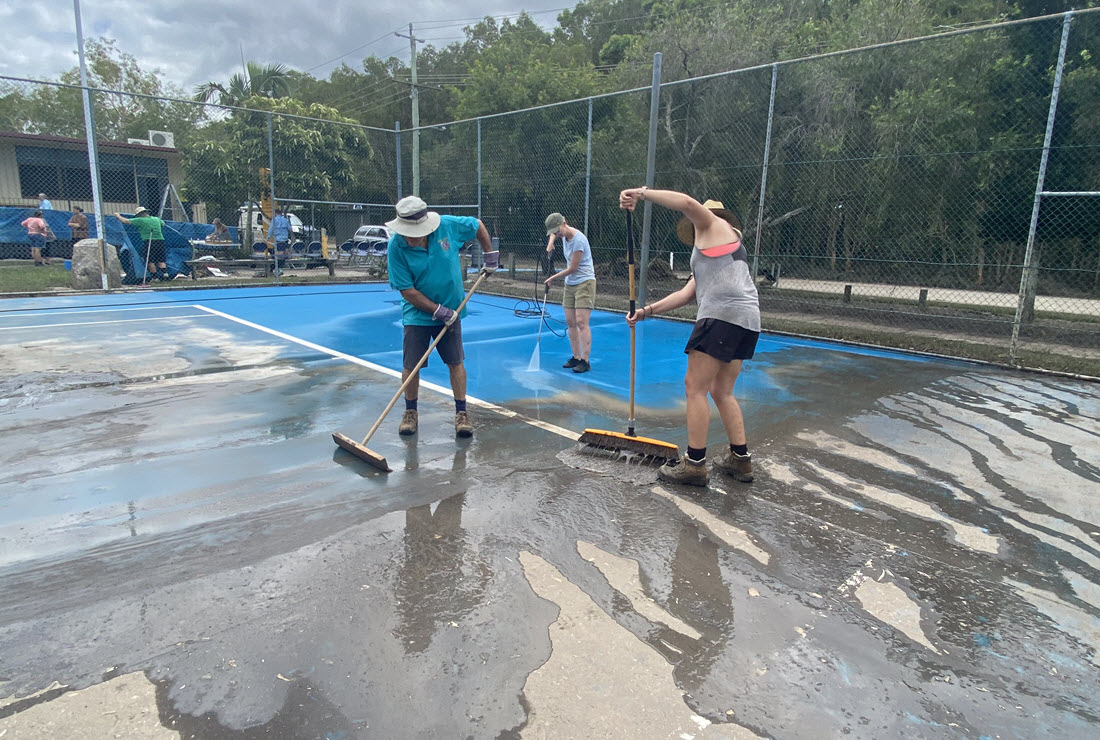 The clean up of Mango Hill Community Hall and Tennis Courts is underway. More help is needed is you would like to join us in the clean up effort.
When: Tuesday & Wednesday all day from 9.00am
Where: Mango Hill Community Hall / Tennis & Basketball courts.
If you can bring a wide heavy broom/squeegee – please do so. We need to clean up our hall and courts where safe to do so.
Just turn up: (safe clothing/gloves/hat and suncream.) – We will do what can be done slowly but surely.
Many Thanks
Laurence Christie – 0415 342 00 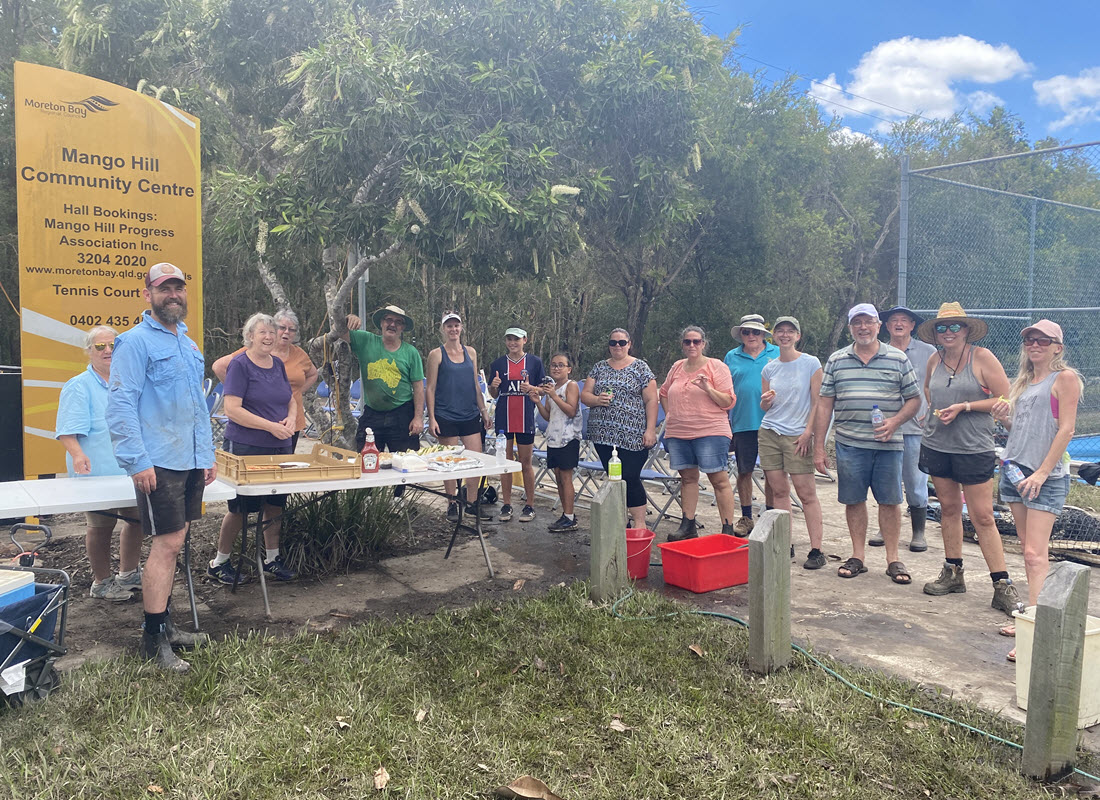